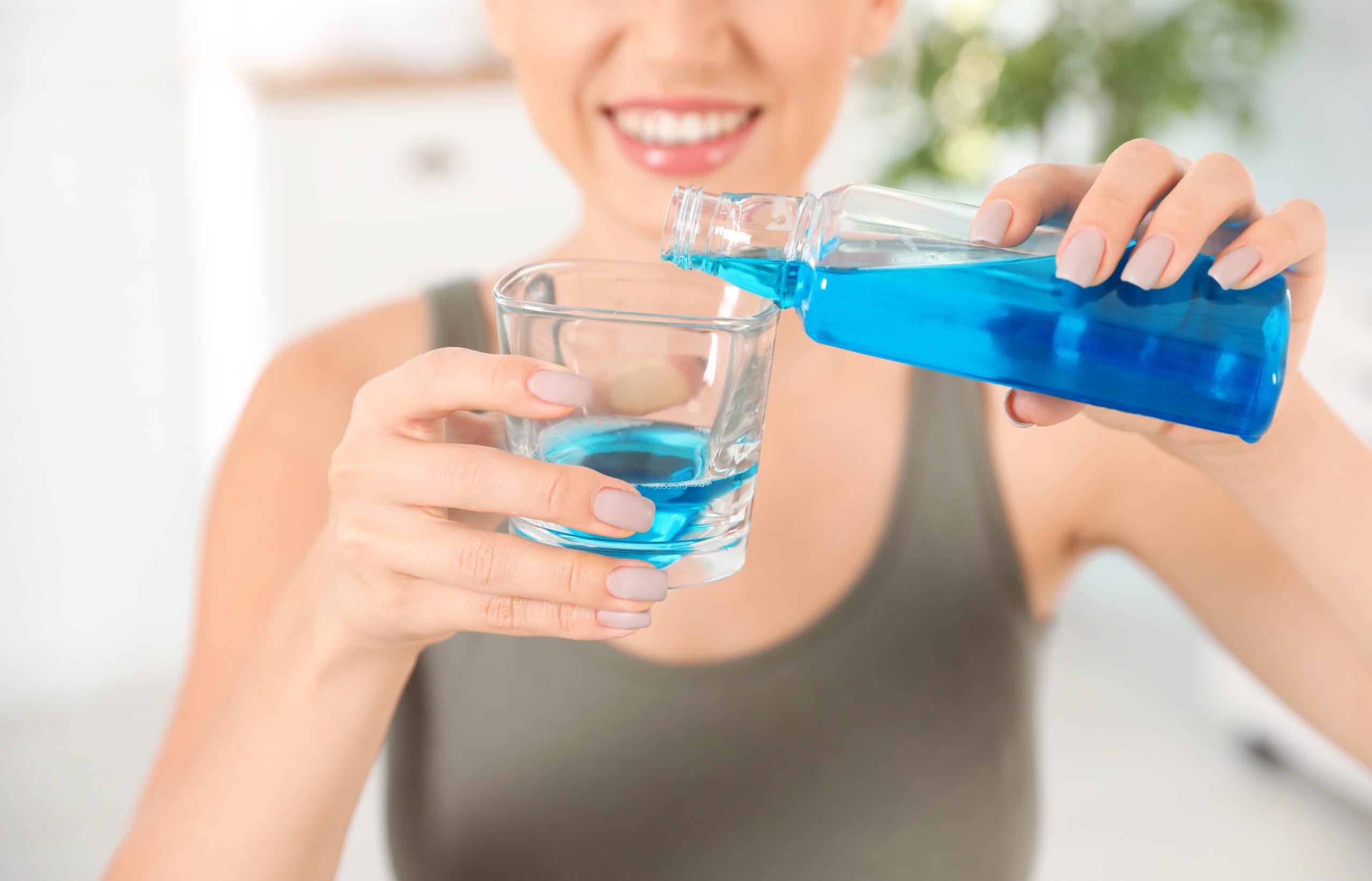 You may not know it, but mouthwash isn’t only for controlling bad breath. Mouth wash is a valuable tool to have at your disposal when you are trying to build a healthy oral care routine. Right now, you may be using a mouthwash that functions more cosmetically to only reduce or prevent bad breath. But, we recommend finding a mouthwash that has more therapeutic features. These types of mouthwashes have active ingredients, like essential oils, fluoride, and peroxide, that can help control or reduce specific oral conditions, like bad breath, gingivitis, plaque, and tooth decay.

While mouthwash isn’t a replacement for brushing and flossing, it can be a very important step to have in your oral care routine. Follow along as we go through three of the top reasons why you should start using mouthwash today.

You’ve probably seen plenty of mouthwash commercials that claim that it can help whiten teeth after using it over a specific period of time. And, even though many people are likely to roll their eyes at the assertion, the claims actually have some merit – mouthwash can actually help whiten teeth.

It won’t have quite the same impact or results as a whitening treatment, but one of the benefits of some mouthwashes is the ability to whiten teeth over time. Many therapeutic mouthwash brands contain carbamide peroxide or hydrogen peroxide as one of the active ingredients, which has been proven to remove stains to reveal brighter and whiter teeth. If you’re not sure what kind of mouthwash will help you achieve your whitening goal, you can always ask your dentist.

Because mouthwash is a liquid, it can be used as a way to remove debris from hard-to-reach areas in your mouth. We all have those places in our mouths where food always gets stuck, so supremely beneficial to have some sort of liquid in your oral care routine to ensure that the food deposits can be removed before they cause any damage. Additionally, adding mouthwash to your routine can loosen plaque on your teeth that have been left behind after brushing and flossing while also freshening bad breath.

3. It Can Reduce the Number of Bacteria in the Mouth

We’ve talked about the dangers of harmful bacteria plenty of times, but it’s helpful to talk about it again in the context of mouthwash. Along with brushing and flossing, a mouthwash that contains fluoride can prevent gum diseases by reducing the amount of plaque and bacteria that are trapped in your mouth. It does this by capturing and eradicating some of the leftover bacteria in your mouth that was left behind after the other steps in your oral routine.

Mouthwash is a highly beneficial tool that we think you should incorporate in your oral routine sooner rather than later. On top of those reasons, mouth wash can also help battle bad breath caused by:

If you want to learn more about how to revamp your oral care routine, feel free to give us a call. We’re standing by to help!

A practicing dentist since 1982, Dr. Gary Imm, provides advanced cosmetic dentistry, including smile makeovers, sedation, implant and TMJ services. He is committed to progressive, extraordinary care for his guests. All Smiles Dental Care trains at least 300 hours each year at such prestigious centers as the Las Vegas Institute of Advanced Dentistry. (LVI)
PrevNext
2 Responses